When Ruby was 16 years old, she met Charles. “We were ballroom dancing,” she smiles. “It wasn’t very often we got asked to dance, I think maybe because they could see we didn’t do the steps right.”.

It’s a Thursday afternoon in mid-December. As I reach the third floor and ring the buzzer of Ruby and Charles’s flat, I notice that there is no Christmas wreath this year. I try the door and it’s open. I call out for Ruby over the sound of daytime TV. The living room is immaculate. The salmon pink walls are filled with pictures of Ruby and Charles with friends, smiling and laughing. A framed anniversary message from the Queen is placed proudly in the centre. A fresh bunch of flowers sits in a vase amongst ornaments on the fireplace, and beside is a shelf with a record player on it. Next to this sits two armchairs placed side-by-side. One is a raised chair but both are untouched, and the cushions are still plump. I find Ruby sitting on the sofa. I notice she is wearing an alarm watch on her wrist and has tissues in her hand.

I ask if she wants something to eat. I fetch her tablets and sit down beside her. Ruby pushes them to one side and begins to tell me about her relationship with Charles. “When I met Charles my friend said to me, ‘You’re not going to dance with him are you? And if he asks you to walk home? You must walk with me because I haven’t got the bus money’. Well, he did ask me, and I gave my friend the fare to get home.” Her face lights up at the memory.

Ruby and Charles have been together ever since then, for 60 years. “He always kissed me goodnight; we never went to sleep without kissing each other, and we never argued or made a fuss over anything never, never.”. I ask Ruby more about their life together. The pair shared a love of music and Charles would often sing to Ruby.

She tells me about her career as a seamstress and her life as a mother to their only child. Ruby talks about her love for gardening and the hours spent outside tending to the plants. She gestures to the window. I look out and see an overgrown communal garden. I can see that Ruby’s patch of ground has not been touched for a while. Ruby starts to reminisce about their travels and tells me about their many trips to Thailand. 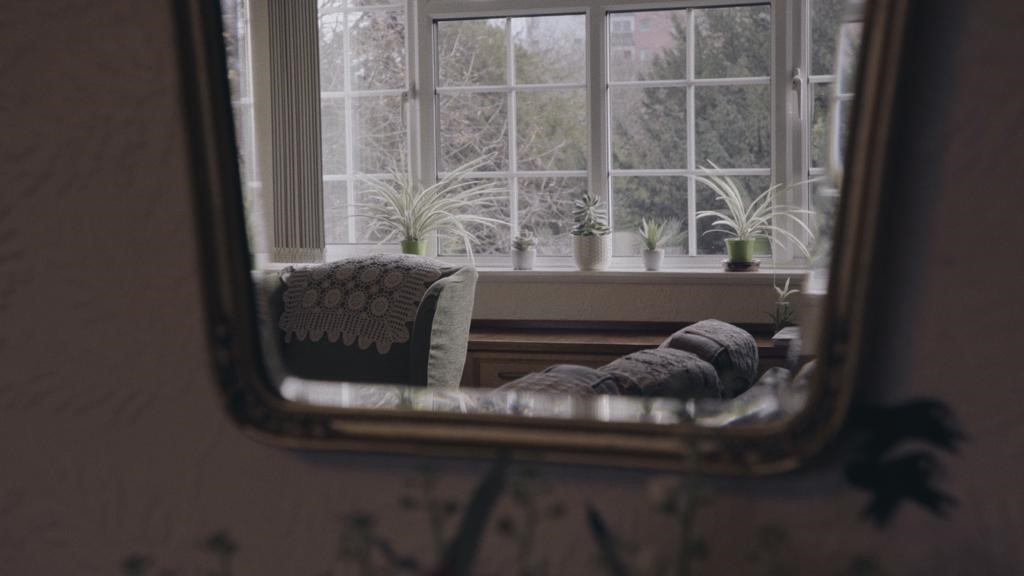 The conversation continues to flow easily, as Ruby loses herself in the memory of those happy times. She explains that Charles was a great carpenter, pointing to the wooden shelf next to me, which is filled with books on gardening, carpentry, step-by-step sewing and travel guides. I look around and notice for the first time that the whole room is filled with furniture handmade by Charles.

In his last years of employment, Charles was head of maintenance at the local hospital. Then one day everything changed. “Charles was working at the hospital and he came down the road to the point where he had to decide which way to go, and he said to me, ‘I don’t know which way to go’. He’d done the trip hundreds of times, every day from work.”.

Ruby explains to me that she felt confused, “Even then I didn’t think anything of it, I thought ‘oh well’ it’s just getting older.’”. Then Charles would start going out and wouldn’t come back. Police or members of the community would find him appearing lost and return him home.

Three weeks later they had to visit the doctors. It was then they first discovered that Charles had dementia. “I didn’t want to know. I just didn’t want to face the facts. He never really showed his feelings, Charles, he was quiet.” She remembers feeling totally lost and frightened about what might happen.

Shortly after, Ruby had been out shopping one morning, leaving Charles at home. He wouldn’t leave the flat and he was scared to use the stairs. When Ruby returned, her son was there along with a lady she didn’t know. The lady was from one of the local care homes. They had waited for her to come back so that she could be interviewed by this person. “I just didn’t want to speak to her”. 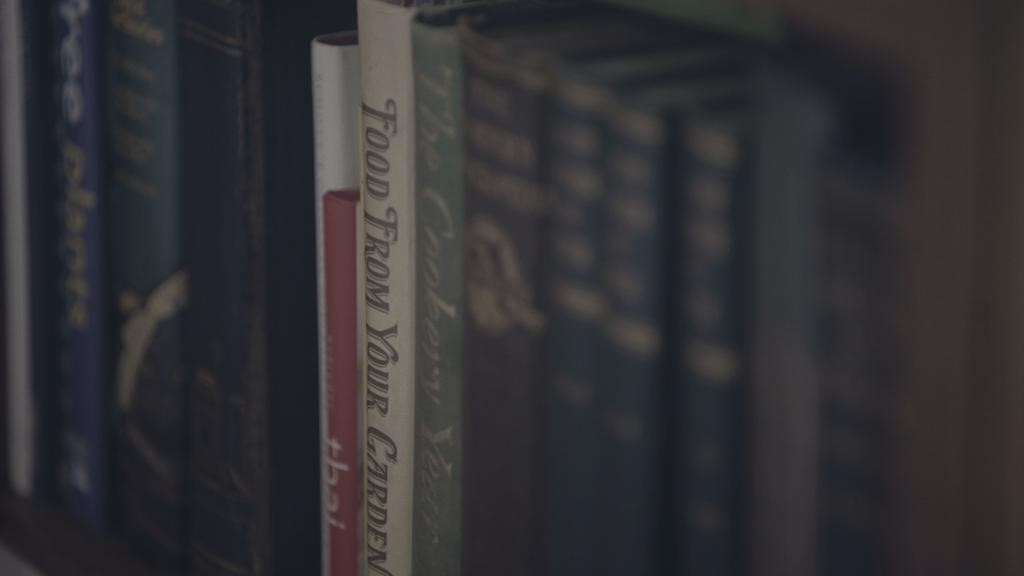 By this time, Ruby’s health had also started to worsen. It was not long after this when she was forced to make some painful choices. “Charles went to the home almost full time when I had to go to the hospital. When the ambulance came they said, ‘Take him with you, you can’t leave him here’ and off we went.” The doctors later told Ruby that she wouldn’t be going home that night. Ruby looked through the local directory to choose a place for Charles to live – away from her for the first time since they were married. There were only three care homes listed in the yellow pages, and she knew nothing about any of them. Within minutes of placing a call, the home sent somebody round and Charles was placed in a temporary room on the ground floor.

At this point in our conversation, Ruby breaks down. “I still thought that I could look after him, you see. But my son could see it was too much for me, as Charles is quite a big man. That was the worst. I said to my son, ‘No, no I will look after dad and you can come and see him more, you can come here and see him’. I didn’t want him to go, I didn’t want him to go.”.

It’s been two years now since Charles was diagnosed. I ask Ruby if she would like to visit him. Ruby nods but, in the car, I see her look out of the window holding her hand to her mouth. “I think it’s when I didn’t go so much that he gave me this vacant stare – he was very plain”, says Ruby as she demonstrates with her hand how things washed over him.

As we approach the door of the home, Ruby begins to blame herself for not visiting more. As we enter, I glance over a notice board by the stairs that are filled with outdated events. The TV can be heard from the living room. We look around for Charles and see him sunken in his seat. He appears to be sleeping next to another man in a similar position. Ruby places a chair next to his and puts her hand on his arm. She begins to talk to him, but his eyes look straight ahead. Ruby puts her face to Charles’s, and he kisses her cheek.

I notice a switch in Ruby. She takes control, her eyes plea for a reaction from Charles. She suggests we all move to the dining area for some privacy. I scan the room for a space to sit in what looked like a school canteen.

It has been three weeks since Charles moved into the home. I see the concern in Ruby’s eyes grow as she sees how much he has changed. “I stood in front of him to see him full on. His face was just straight, and it looked like he wasn’t going to talk to me. You wonder if he is in pain. I wonder about that. I haven’t asked my doctor yet, but I will ask him if Charles is alright.”.

I ask if we can see Charles’s room. I am told the lift is out of order, so the stairs are the only option. I begin to wonder how the residents, many of whom have very limited mobility, move around the building without it. My chest begins to tighten. I reach Charles’s room and push open the door to see just enough space for a sink, a wardrobe and a single bed. The bedroom windows are wide open, and the thin, patterned curtains blow wildly in the wind. “I miss him dreadfully I do. He was such a nice man he didn’t deserve this,” adds Ruby dejectedly. 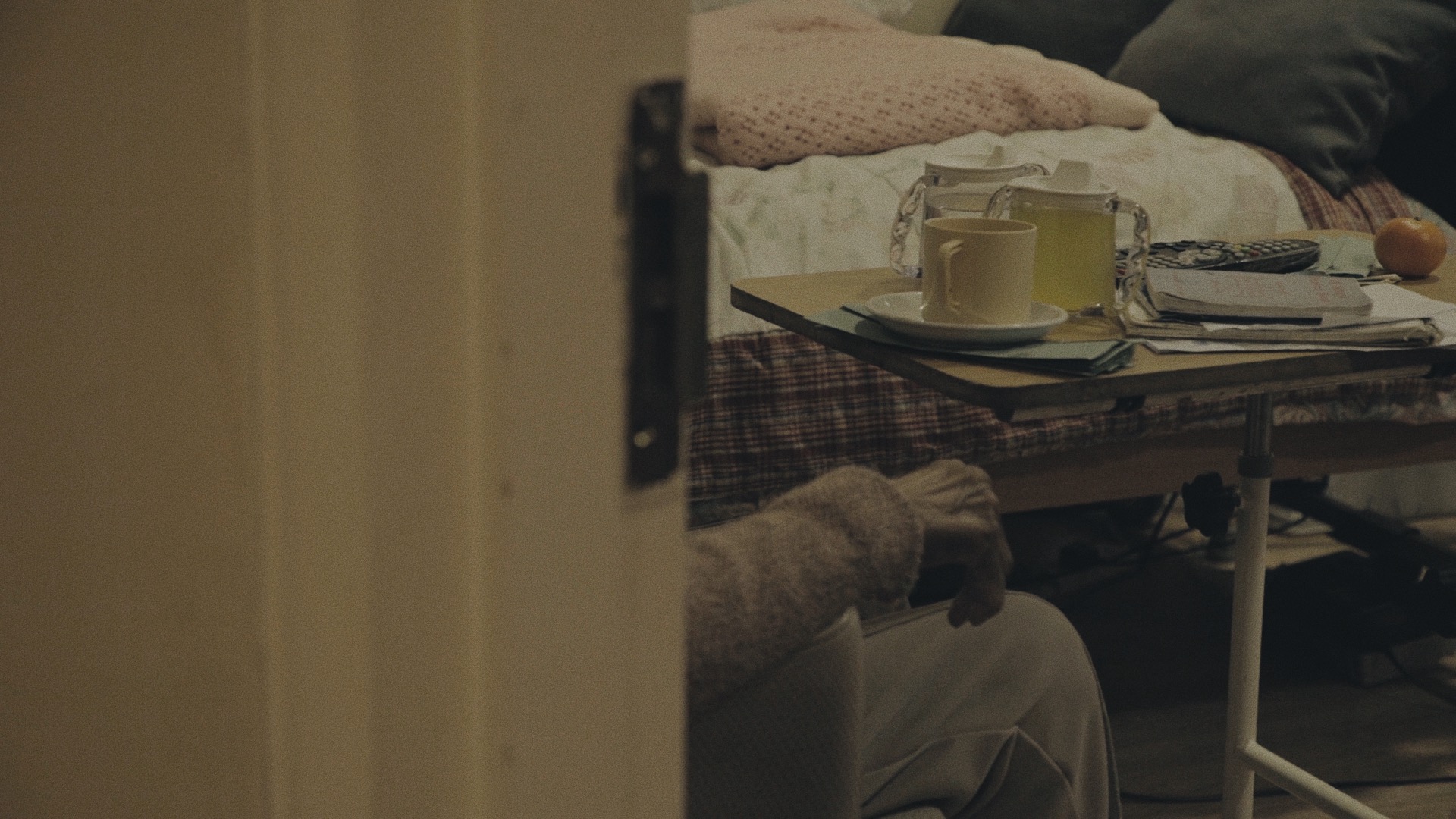 Once Charles was diagnosed, the couple no longer went out with friends or went on holiday, and they stopped shopping and attending college classes together. What Ruby misses most though are their date nights.

“I wish it was me not him, but then who would be loving him?”

“I miss him so much, every day. Every day, whatever meal we’re having, I think I really could still be doing it; I can’t take that I can’t do it anymore.”. It pains me to know that Ruby blames herself for what has happened to Charles, that she feels as though she hasn’t done enough.

Back in the dining room, Ruby talks once more about their love of music. I play one of her and Charles’s favourite songs on my phone. At first, there is no response from Charles, his face remains vacant and distant. But after a few more seconds, his eyes light up and his expression softens. “Vera Lynn!” he exclaims excitedly. The phone signal drops and the music cuts out, but Charles picks up and begins to sing from where the song left off. The two of them sing together as if nothing had ever changed: “We’ll meet again. Don’t know where. Don’t know when. But I know we’ll meet again some sunny day…”.

Later, Ruby would tell me that this was the first time in weeks that Charles has spoken to or engaged with her.

It was close to 4pm when Ruby and I left. As we said our goodbyes, I felt anger burning up inside. How could this be the end to Ruby and Charles’s love story? Is this the best we could offer them? As I made my way back to the station, I couldn’t help but think just how many others suffer like Ruby and Charles, and how little choice they’d had over the course of their later life together.

Ruby passed away 12 days after this interview. Charles remains in the care home.

Some names and identifying details have been changed to protect the privacy of individuals. 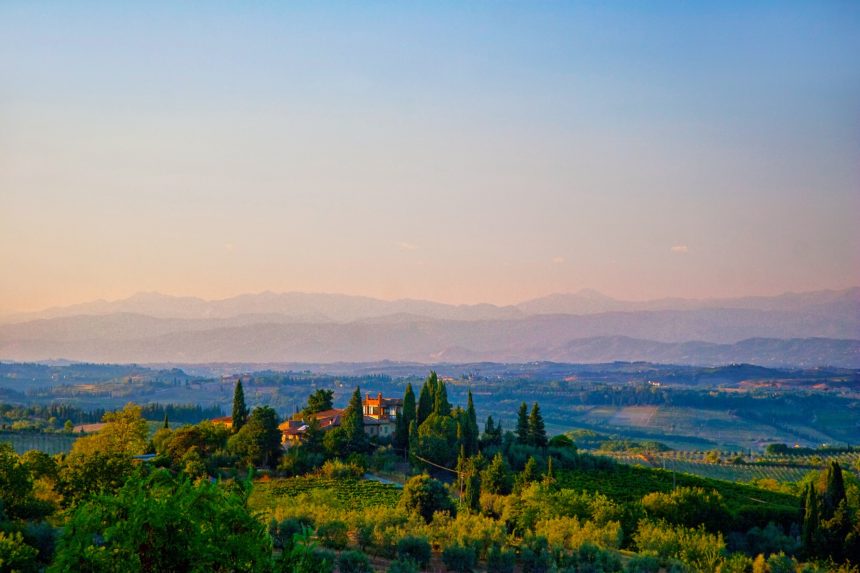 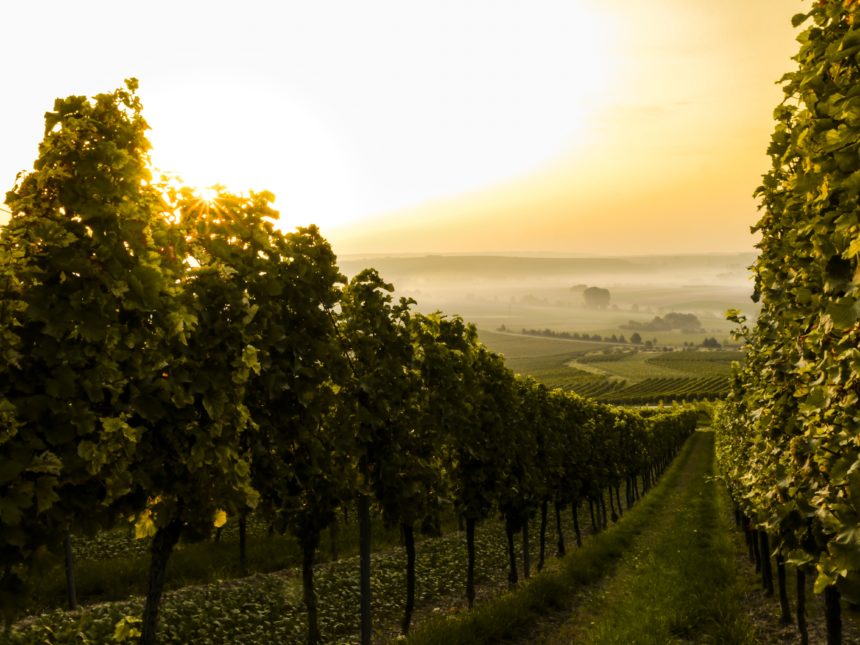 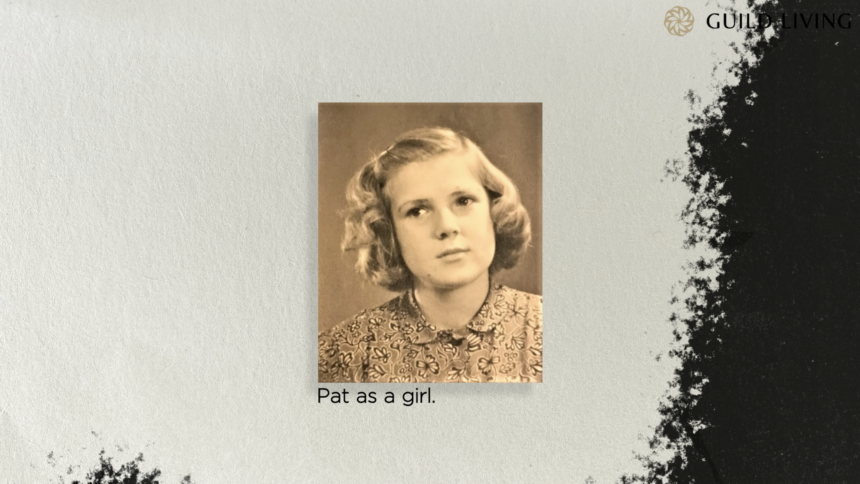