Chris is a retired veterinary surgeon living in South-West England. He was born in 1939 and entered the Royal Veterinary College in October 1958. He graduated and became a Member of the Royal College of Veterinary Surgeons (MRCVS) in January 1965.

“I wanted to be a doctor. But my family lived on the eastern edge of London. And so, the choices really were the big London hospitals for me. And my shyness and insecurity meant that I basically thought ‘Oh, I don’t think I’m clever enough for that’.” 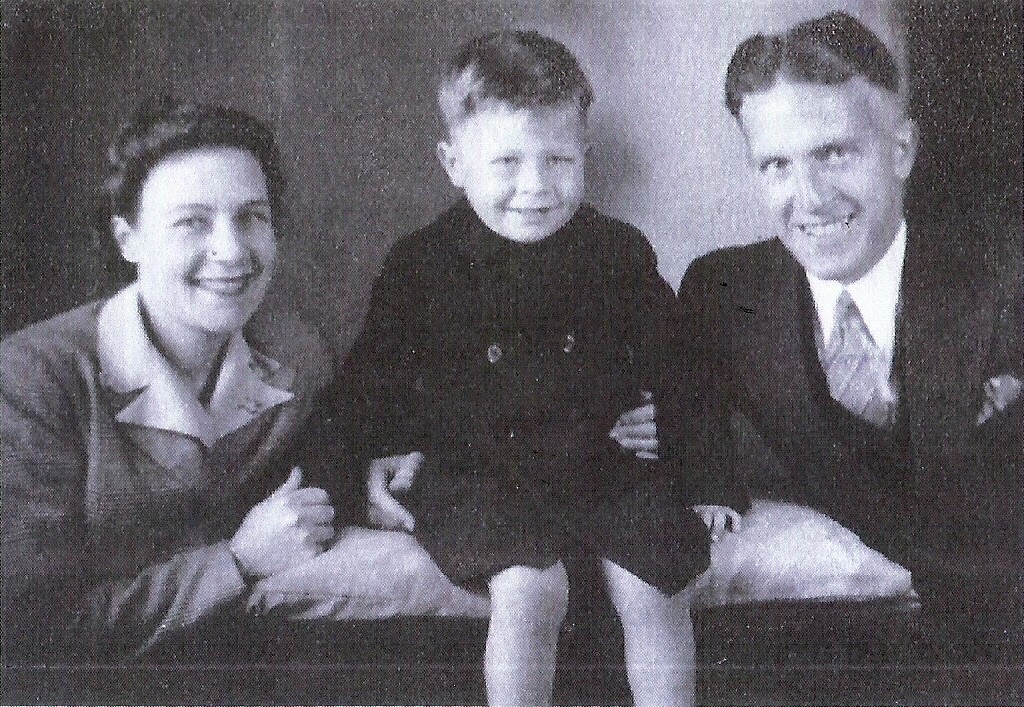 Chris as a small boy with his parents.

Chris has so many stories to tell about his experiences at the Royal Veterinary College in the 1950s and ’60s. We talked about this part of his life for some time. I am intrigued to know what it was like to study veterinary medicine at this time.

“We filed in on the first day of college, October 1958, and went to find a place. There were rows of wooden benches, they were probably eight across. And some of us turned left and climbed up to the top tier of benches, for some reason, and we pretty much stayed in that sort of order for the rest of our academic career at the Royal Veterinary College. To some extent, the further away in the lecture theatre they were from me at that point in time, broadly speaking, the more distant our relationship is even now.”

Chris at a Royal Veterinary College ball in December 1958.

“Academically I found it very hard.  I said at the time – and it may still be true – veterinary medicine as such is not particularly difficult, but there’s such a lot of facts to learn. So many facts! So, I struggled a lot. But that was where I met my best friends – while dissecting the left hind leg of a horse.” Chris laughs, “I still have the bones from that leg in a canvas parachute bag my father gave me. I still have those bones!”

“My friends and I, the three of us, stood aside from the dissection at one point, and using the blackboard in the dissection theatre, doing some sums, we reckoned that next term we could rent a flat between us, which we did. These were long-lasting friendships. We were best men at each other’s weddings, for example, and we’ve been good friends since those college days.”

For over 140 years, the Royal College of Veterinary Surgeons has awarded fellowship status to vets who have made an outstanding contribution to the profession. Later in his career, Chris would be awarded his fellowship and went on to achieve a doctorate in veterinary medicine in the field of dermatology. 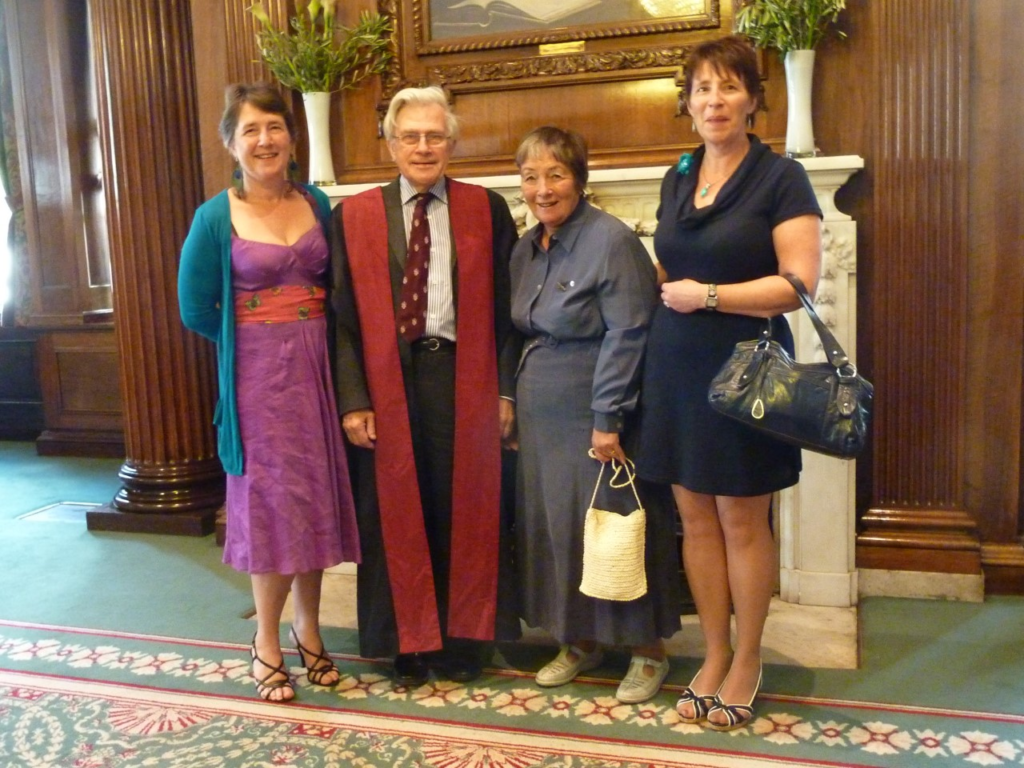 Chris is awarded his fellowship at the Royal College of Veterinary Surgeons, with his wife, Mary, and their daughters in attendance.

I asked Chris who he felt had been the most important people in his life. He didn’t need time to reflect on my question. His answer was emphatic and decisive, and I got the impression that he was telling me something he was absolutely certain of.

At this point in our conversation, Chris’s memory drifted back to when he first met Mary, his wife. He recounted the evening with a level of clarity and precision that left me feeling as though I too had attended the Royal Veterinary College dance, where he had first plucked up the courage to make Mary’s acquaintance.

“Mary and I met at a college hop, at an ordinary dance. Probably a three- or perhaps four-piece band, and dances like waltz and quickstep, and the occasional jolly Scottish dance. But you had to know the steps, and they were group dances, very old-fashioned now, but this was a long time ago.”

“The way things were then, the women, girls, would sit around the edge on chairs looking prettily dressed. The blokes were occasionally on chairs but were mostly in the doorway into the ballroom area or down in the bar ‘tanking up’ to get courage. Now, I didn’t need that, couldn’t afford it anyway, and I knew how to dance.  So, looking around, and talking to my friend, I said ‘She looks alright, doesn’t she?'”

“Now, I’d had the experience by then of spotting a pretty girl and walking alone across the dance floor, the band would strike up, and who’s going to be first to get on the floor and dance, with everyone looking on?  I didn’t mind that too much.  But when you once, or possibly twice, walked across to a young lady sitting among three or four friends, and said, ‘Would you care for a dance?’ and she said, ‘No, thank you, I’m sitting this one out!’ you had to walk back again?” Chris laughs.

“But here’s this lass in a blue dress and a sailor-suit collar. And there were one or two chair spaces between her and a group of three or four other young women.  So, I ventured that she wasn’t going to turn me down if I asked her to dance. And we obviously hit it off during that first dance. ‘Would you like a drink?’. No hesitation, ‘Yes!’. Down to the bar, ‘What would you like?’ Well, Babycham, for her, half a pint of bitter for me.”

“And then we talked poetry; we discussed this quite recently because I think we must have gone back to the dance floor at some stage, but for a very long period of time we were swapping poetic lines and getting responses from each other.  And we haven’t looked back since.”

And as Chris continues to recount an abundance of memories, reflecting the ups and downs of a long and happy marriage, a successful veterinary career, and a large family that he clearly loves very much, it is clear to me that he is right, he and Mary ‘really haven’t looked back’. A significant part of his life has unfolded from a serendipitous encounter with Mary at a Royal Veterinary college hop, and a meaningful discussion about poetry over a Babycham and half a bitter.

Chris talked to me about the fact that he has always tried to support and care for Mary, who has suffered from a disabling hip condition for as long as he has known her. However, he recently suffered from a fall and a stroke that has significantly impaired his mobility and presented him with some monumental challenges.

“Well, Mary had a difficult hip and right from the days of ironing her blessed skirts I’ve been the one who can do things. I didn’t even think ‘I’ll do this for Mary’, nothing like that, I just got on with it.  And being a dermatologist, and Mary constantly having leg problems and hip and ankle operations and so on, noting that the skin on her shins was in a pretty bad state, knowing what to do about it, putting a good absorbent cream on them daily. I’ve been doing that.”

“It was a good life. It still is. But…now, it’s Mary who has to put my shirt on me. And at this present time, with my left arm sitting pretty-well useless in my lap, I’m finding it quite difficult. Very. I’m getting a bit weepy.”

At this point in our conversation, I can hear just how hard it is for Chris to come to terms with this life-changing turn of events and the unwelcome impact they have had on his life, his marriage, and his sense of self. There is sadness and frustration in his voice.

“In this present limited state.  I’ve been realising recently, one of my problems is diminished strength, that’s the reason why I can’t learn to walk down to the village shop to get my paper again. It’s most frustrating.”

But beneath the significant challenges Chris is currently facing, there is resolve, a desire to face his challenges and solve his problems – the very things he argued helped get him through his veterinary career.

“Yes. Yes. Right, well, here is a problem. In fact, along that line, there’s a little boast I always have to myself about when I’d be scratching my head and puzzling over an animal I might have seen several times. My colleagues would say ‘Chris, you never give up, do you?’. I’d always take that as a great compliment. No, I didn’t. I always went on to see if I could find an answer.”

Did you enjoy Christopher’s story? Let us know in the comments below! To hear from others in the Extraordinary Lives series click here. 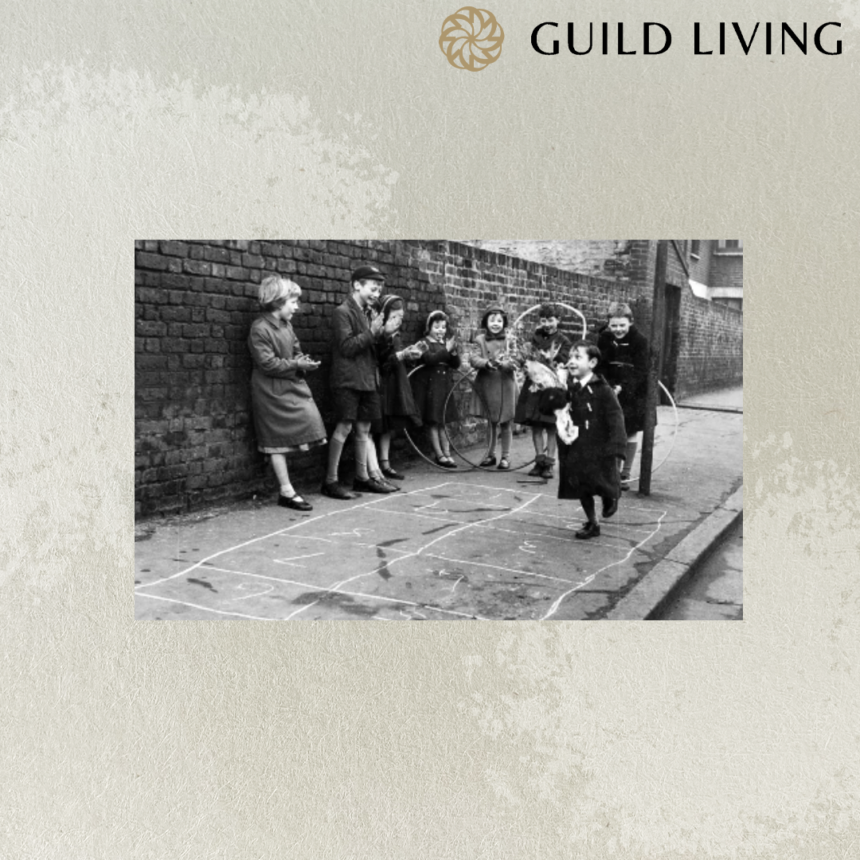 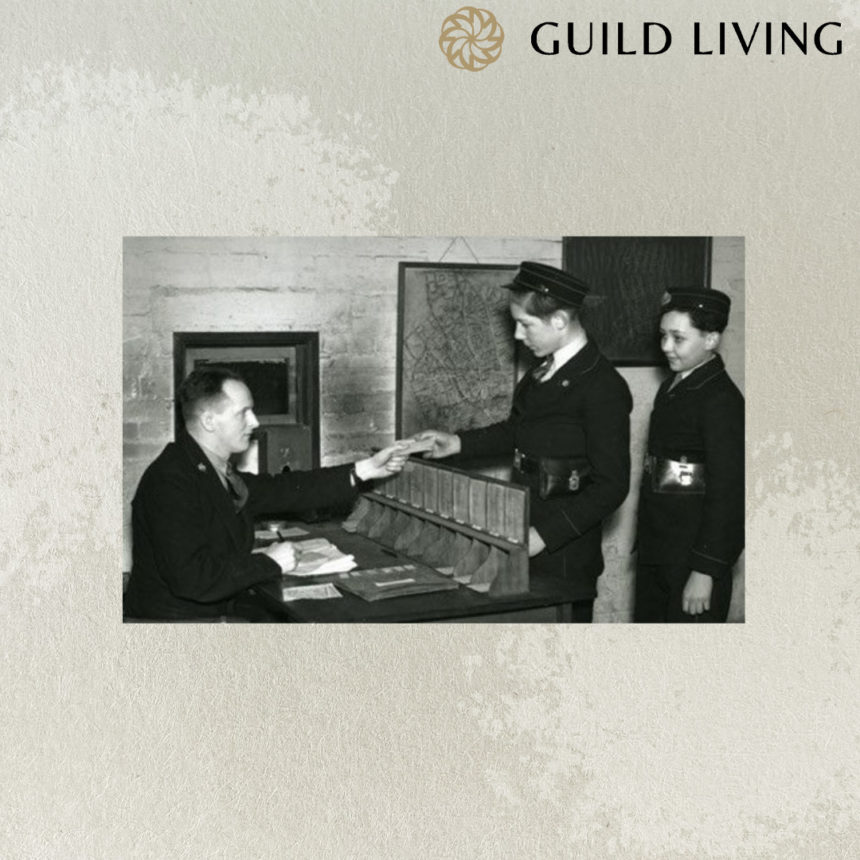